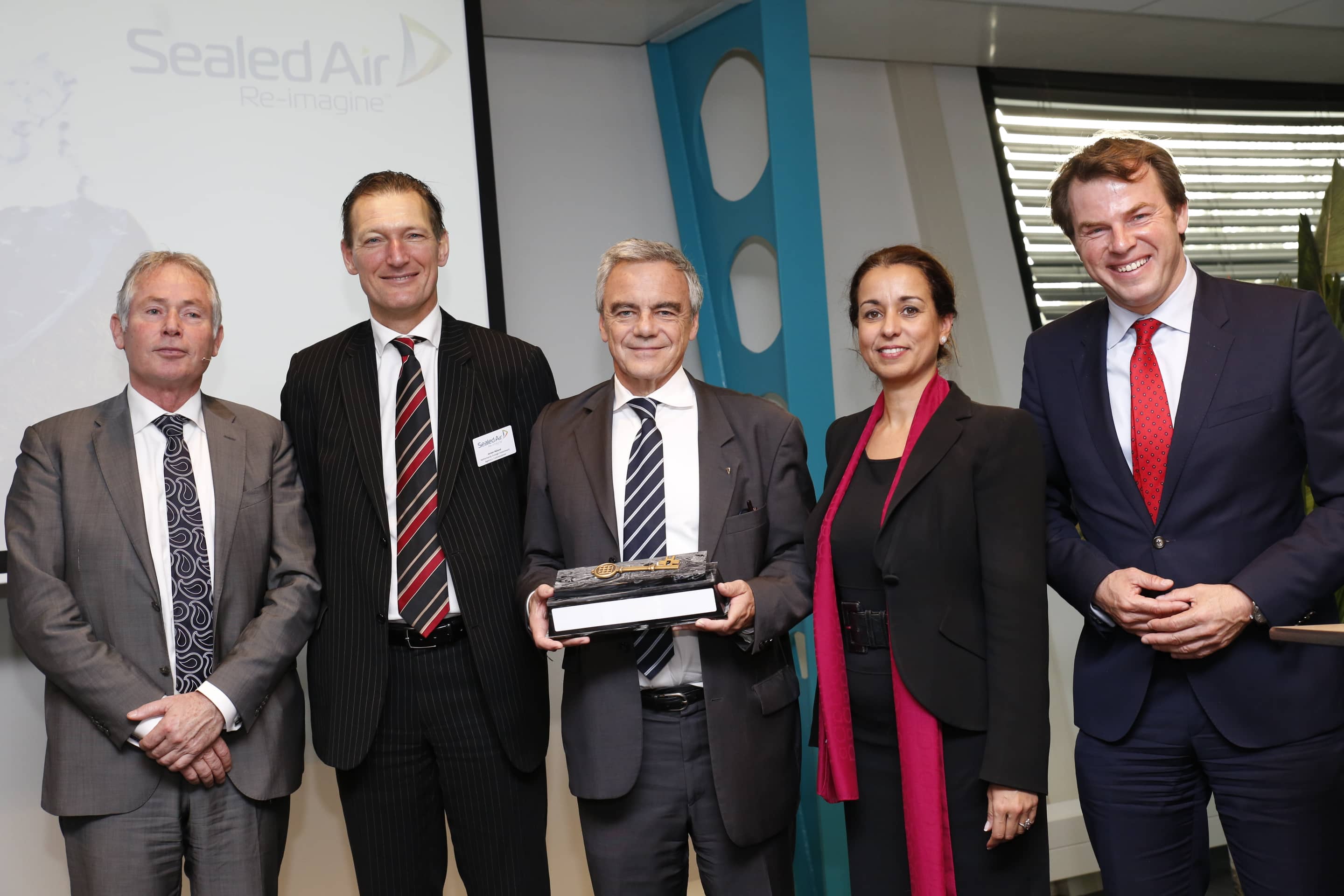 Worldwide leader in product protection, food packaging and hygiene, Sealed Air, has opened its new European headquarters in Maarssen, Utrecht. The North Carolina-based company is behind innovative packaging, such as Bubble Wrap®.

“We are thrilled with our new European HQ in Maarssen,” said Henk Toering, Country Director at Sealed Air in the Netherlands. “From this new, modern building we will increase employment in the area. Additionally, thanks to the flexible and activity-based workplace, a new IT environment and improved communication infrastructure, we will increase collaboration with our customers and other companies in the region.”

During the company’s new European grand opening, presentations were given by Pim van den Berg, Vice Governor of the Province of Utrecht, Jeroen Nijland, Commissioner of the Netherlands Foreign Investment Agency, and Patrick Mikkelsen, Executive Director of the American Chamber of Commerce in the Netherlands. They all stressed the importance of Sealed Air’s long-standing commitment to the Netherlands and the role that the Netherlands business environment has played in the company’s success.